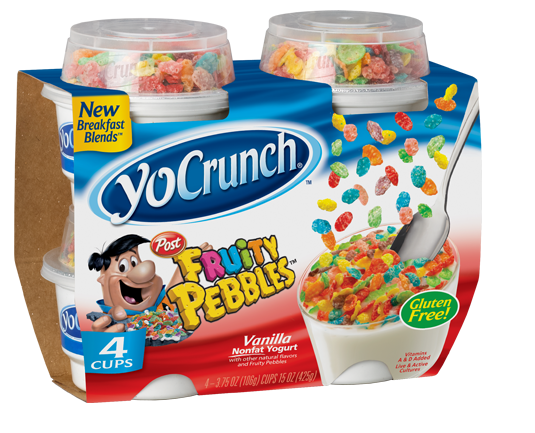 I saw this on The Impulsive Buy and immediately wanted to give it to the anthropologists from space. It has everything.

The Dollar Store and Krave

I don’t know which was the more hilarious sighting at the dollar store this morning:

1. Fly swatters with a big fake flower attached to one side of the plastic-mesh panel, so that when they’re hanging on your wall your thoughts will turn to pretty flowers instead of fly guts… or

My own purchases were more pedestrian: movie candy (Twizzlers), and otter-pop-like things that are chocolate-flavored.

Speaking of chocolate, a couple of weeks ago Sang and I were walking down the cereal aisle at the supermarket when I said “Heeyyyy!” and veered over to inspect a box of promotionally-priced Krave.

Sang was amazed I’d spotted it among the gazillion cereal boxes. Had I seen advertising for it somewhere? I said no: the box just sent out the bat-signal for CHOCOLATE.

I got the double chocolate version (of course). My review: except for a technicality (no frosting), these are Chocolate Frosted Sugar Bombs! I’m on my second box already, eating them both dry and with milk. Sang’s review: like eating a bowl of milk duds charcoal briquet with cocoa powder…”literally tastes like cardboard.”

Apparently, Krave started in the UK, where they also have hazelnut and chocolate caramel flavors. Lucky ducks!

life is a serial

I goofed off at work until I felt compelled to stay late and put together some interview packets so I wouldn’t worry all weekend that our interviewer Jeremy came by to get some and there weren’t any. So then I caught a late bus to the library to pick up my holds and walked home, only to find that the dog had gone beyond his six-hour-or-so limit and peed and pooped on the floor. (He’s, or we’ve, been so good lately, too!) So I cleaned that up and took him out and it felt like a long time before I could sit down with a bowl of cheese puffs and catch up on the internet. Right now I’m about a half hour behind schedule; ideally I would have already posted this and I would be washing dishes or making mac and cheese with garden tomatoes.

(Here I was tempted to tell everyone my Whole Ideal Schedule, but that would make life too easy for the snipers.)

So would you like to know about my current breakfast cereal? Sanguinity and I were at the Fred Meyer marveling at how many varieties of frosted mini-wheats are now available (blueberry! chocolate!), and I spotted the Kellogg’s Frosted Mini Wheats Touch of Fruit in the Middle Mixed Berry. (Link leads to review with the interesting sentence “Maybe this is what happens in the wild when animals chow down on tree bark to find sticky sap and grubs.”)

“Oh, that looks like your sort of thing!” I said to Sanguinity. She likes the granola with dried berries in it. But she said no, it looked like my kind of thing. Apparently I have problems with the self/others concept when it comes to foods I find delicious. And she was right! She had one taste the next morning and said I could have the whole box. She also pointed out that it was like Pop Tarts in cereal form.

I like them, but consider them decadent enough that when they’re gone, they’re gone. On the other hand, I will let myself try a box of the chocolate variety next.