I ran across that poem while reshelving periodicals in college, and never forgot it. A woman’s life isn’t worth much often pops into my head as an explanation for this or that.

In “things I was thinking about before the giant news hairball,” I believe we are in a golden age of podcasts. My favorite this week was a Harriet the Spy episode on Not How I Remember It, a podcast whose tagline is “GenX moms revisiting the books of our childhood.” It’s two friends who reread a book that at least one of them remembers (The Pistachio Prescription was the episode that first caught my eye), and talk about it from scratch. From this episode:

I love their east coast (I think) accents and how much fun they have and the way they don’t try to impress anyone or be experts.  And often the book they reread is not the book they remember! The most prominent memory of Harriet the Spy for one of them was the bits about reading under the covers with a flashlight.

I pulled some weeds in the garden and found these secret overachievers. About a year ago, I planted a few fava beans from the fridge that were past their prime. They grew and bloomed but then fell over and I forgot about them. This is about double the volume of beans planted, so I am well pleased. 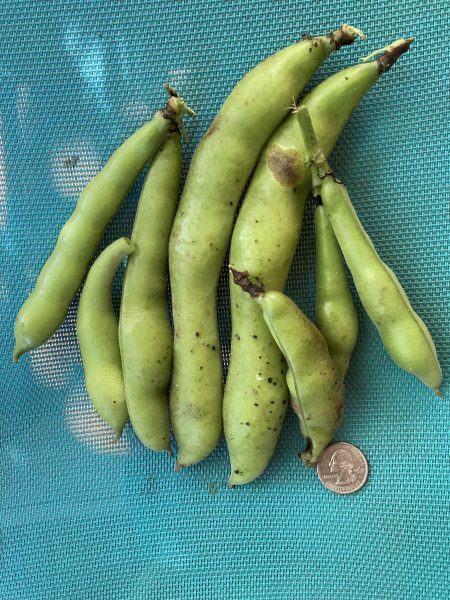