Trying to shift my schedule a little earlier and go for a walk in the morning. Yesterday: a real garden bed. Sang gently tried turning the bed knobs, just in case, but no go.

Today’s walk was rainy; I listened to Detransition, Baby. Although they’re not the main attraction, there are slapstick moments that slay me. I’m going to listen to more tonight while I cook lunches for the week.

Yesterday morning I got my first Covid-19 vaccine dose at the local Walgreens. The setup was not a well-oiled machine like the mass vaccination site as described by sanguinity; it was the regular Walgreens pharmacy experience with a few extra folding chairs at the ends of the aisles. After my shot there was no 15-minute holding pen– I was told to walk around the store for 15 minutes before taking off. I read terrible greeting cards and bought some leftover peeps at 50% off. I’ve had no side effects except a sore arm like I get after a flu shot. It’s all very ordinary for being so extraordinary. 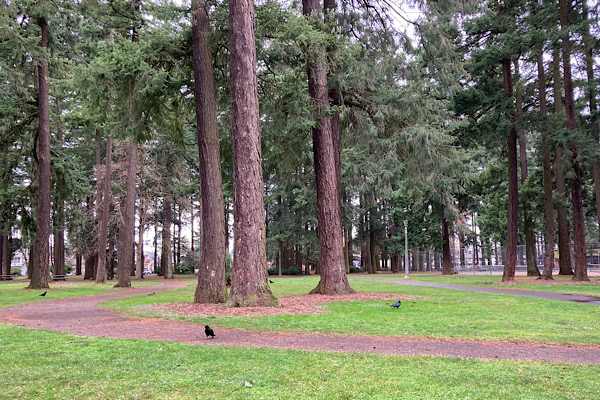 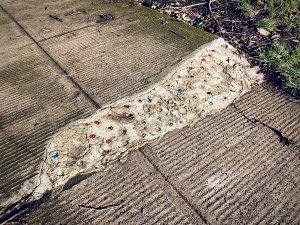 This Texas Monthly piece from April has been on my mind. It reminded me of the older women I’ve known who have their hair done for years and years by the same person, or who have their routines and never use the shower or the whirlpool bath or whatever at their own houses. I feel fondness and respect for this lady’s generosity in sharing a small adventure.

With Salons Closed, an 89-Year-Old Houston Woman Washes Her Own Hair for the First Time in Decades

(ETA: just reread the scene in Ramona and Her Father about Mrs. Swink and the tin can stilts. Same energy!)

More recently, the Yuletide collection opened! My favorite fic from the kidlit canon so far is this one:

The tough-as-nails dialogue expressing unshakeable love while remaining extremely cool is spot. on.

On a day when minds are on the big picture, let me tell you the best tiny thing I’ve started doing: standing up in the middle of the room when putting my shoes on or taking them off.

I read this tip on a physical therapy site and regret to say I can’t figure out which one, to give credit.

Especially with my pair of Hokas that has unstretchy collars and must be tied and untied every time, I get a few seconds of back relaxation and hamstring stretch reaching down to the laces, and a few seconds of balance practice standing on one foot at a time while getting the other foot in or out of the shoe.

I did say tiny thing! But it’s several times a day and takes essentially no extra time or motivation. In my current physical state (sound but sedentary) it’s working for me. 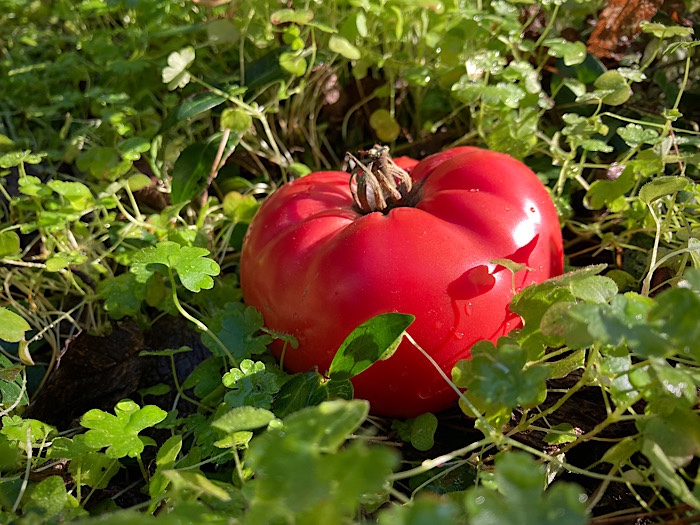 This is the one full-size tomato that made it from seed to ripe in our garden this year. (The cherry tomato seedling our CSA gave us did much better.)

The seeds came from a neighbor’s seed library, when stores and nurseries were closed and everything mail-order was sold out. We nursed them along on the windowsill, where they were too chilly and dim to be happy, then in pots outside the back door, where ditto, then in the garden that’s partially shaded by a pine tree.

Sang and I did get one dinner of fried green tomatoes from the garden as well. And the CSA gave us green ones too this week! Tomatoes have always been the one thing we have to grow, since green ones aren’t even at the farmers market.

So I’m proud of this tomato that marks the end of the year. (Today I walked past a pink rose that still had a scent–but I also brought the pumpkins in for roasting.) Maybe I should save its seeds, for us and the seed library. 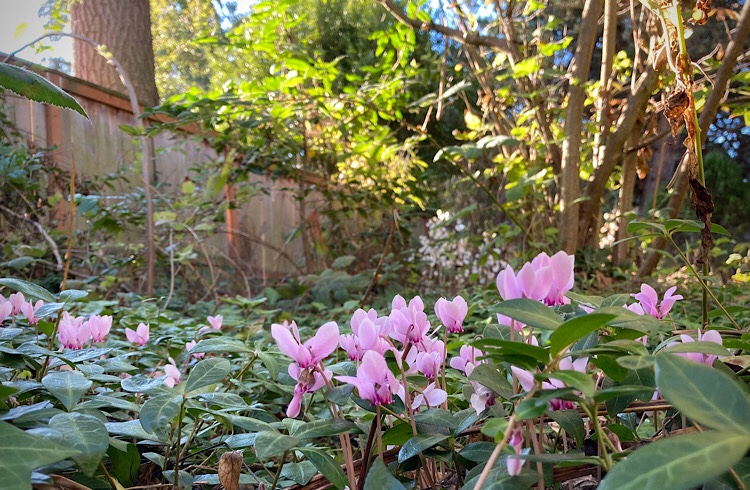 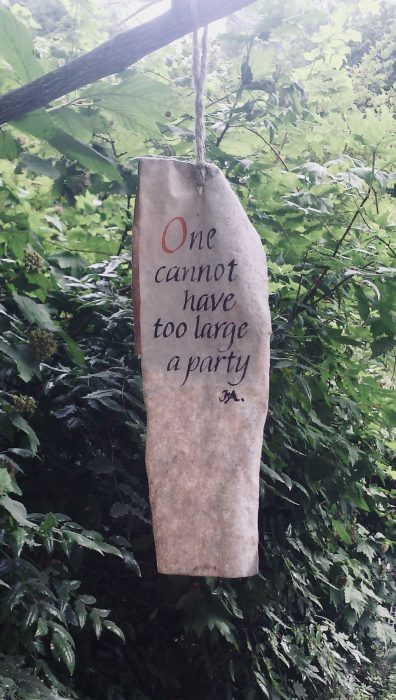